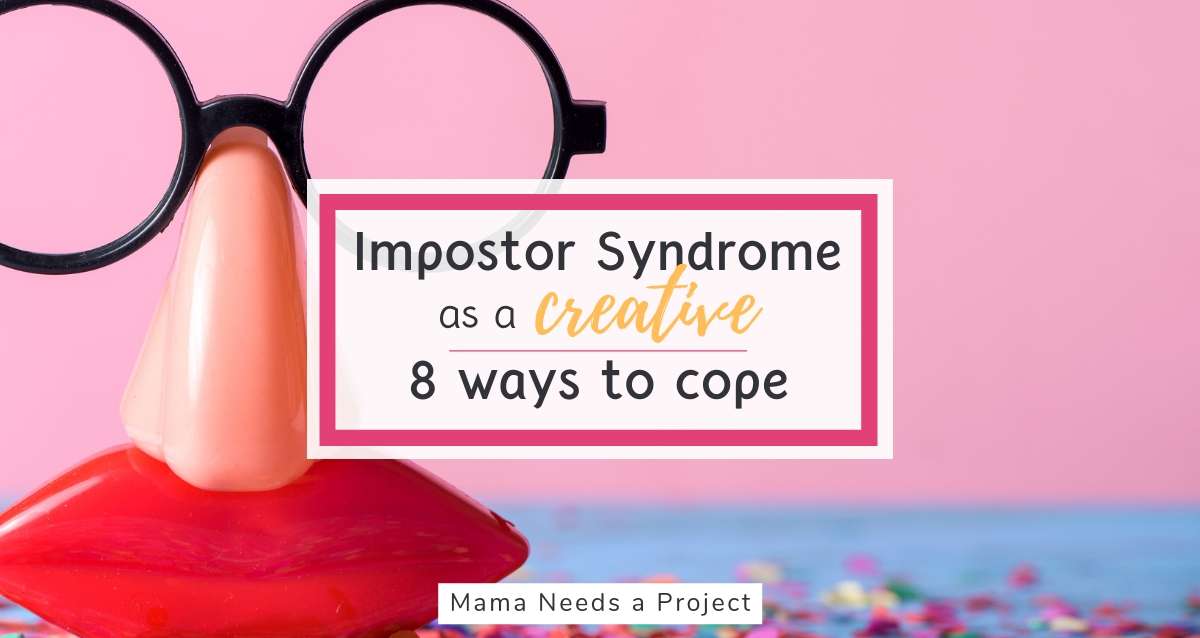 I am very familiar with impostor syndrome as a creative in the online space. Over time I’ve developed a few ways to deal with those mean, untrue thoughts that impostor syndrome carries with it. I’m sharing those coping techniques with you today.

What is Impostor Syndrome?

If you’ve ever created something to share with the world you might be familiar with that little nagging voice in the voice in the back of your head that repeatedly says things like: “Who do you think you are pretending to be creative?” Or “People are going to find that you’re just a fake.” Or “You’re not a real artist/woodworker/writer/etc.”

That nagging, relentless voice of self-doubt is impostor syndrome, and I have felt it more often than I can count. It can be totally consuming and stop me in my tracks. It can make me question, “Am I really good enough to share my knowledge?” and “Is there anything actually special or valuable about what I’m doing?” It can make me feel small and like I don’t belong in the creative world.

If you have ever felt the way I’m describing, know that you are in good company. Self doubt and the never-good-enough feeling of impostor syndrome seem to be a common part of the creative process for many creative people, regardless of their field.

But, feelings of impostor syndrome don’t have to last.

Impostor syndrome is not the end of your creative journey. There are many ways to push through impostor syndrome as a creative. Here are some of the techniques I use when my creativity is stalled due to self doubt:

8 Ways to Push Through Impostor Syndrome as a Creative

One of the most powerful ways to combat impostor syndrome as a creative is to start identifying yourself as a maker/artist/woodworker/whatever your craft is. It can feel a little uncomfortable at first, but start by referring to yourself as a creator in your head. Then, move on to introducing yourself to others with your claimed title.

People who write are writers. People who paint are painters. People who do woodworking are woodworkers. If you’re doing the thing, you get to claim the title. Call yourself what you are and own your talent.

Give your impostor syndrome a reality check by making a list of the ways you are not an impostor.

As a woodworker who blogs about building plans and tutorials, self doubt creeps into my mind often with thoughts that I’m not good enough myself to be teaching others, or that my skills are not advanced enough to be blogging about woodworking.

When those mean, nagging thoughts start to fill my mind, I try to think about the things I have accomplished that prove those thoughts wrong. I think about the projects I have completed, the building plans I’ve written, the skills I’ve developed and the knowledge I have.

Of course there are things I don’t know. And, of course, there is more to left to learn than what I have already learned. But it will always be like that no matter how far you get in your chosen field. What’s in front of you will always feel bigger than what’s behind you, but that doesn’t mean that what’s behind you was easy. You’ve already accomplished a lot!

Focusing on what you’ve accomplished so far is a great way to fight off impostor syndrome.

Comparison is a trap that always leads to self doubt for me. Not only are there so many other women blogging about DIY and woodworking out there, but there are so many that are AMAZING at it! It is easy for me to slip into comparing my progress to theirs and, then, start to feel like I don’t belong in this space.

But, comparing your progress to other people’s progress isn’t really fair. Your journeys are completely different. Maybe the person you’re comparing yourself to has been working at this for several years more than you. They have different obstacles and advantages than you do. They might even have different end goals that you do. Your journeys are not the same and it isn’t a fair comparison.

Avoid falling into impostor syndrome by refusing to compare your journey to the journey of others.

Step Back from Social Media

Speaking of comparison, if you can’t stop comparing your process to others’ stop fueling the fire with social media. Social media is wonderful for sharing with family and friends and interacting with the world, but it can also lead to comparison and stress.

If impostor syndrome already has you spiraling into self doubt, then social media is just adding more fuel to that fire. Looking at the perfectly crafted snapshots of other people’s lives can make yours seem mediocre and add to the stressful not-enough thoughts that come with impostor syndrome. If you’re struggling with comparison and self doubt, consider taking a break or limiting your social media time.

Jack London is quoted as saying, “You can’t wait for inspiration, you have to go after it with a club.”

This is especially true if you’re struggling with impostor syndrome as a creative.

When I’m feeling low about my creative pursuits, the last thing coming to me is inspiration to keep creating. Fight back against self doubt by seeking out the things that inspire you. For me that involves looking at art that is different than mine like textile art, weaving, or architecture. I also find a lot of inspiration in nature.

Filling up on things that inspire me makes me want to create again. And that desire to create is almost always louder than the voice of impostor syndrome.

When someone compliments you, believe them.

This is especially hard for me. My first assumption when someone compliments my work is that they are just being nice. Or I think, “well, they probably didn’t look at it that closely” or “maybe they’ve just never seen this type of work before” or a million other excuses that invalidate their compliment. My usual response is something like, “Yeah, but… (insert some flaw or reason that their compliment isn’t deserved).

But that response and those thoughts are just my self doubt twisting what they’ve said, because deep down I’m not 100% convinced that my work is good enough.

And how awful is that?

If someone takes the time to compliment your work, it’s because they like your work. And the perfect response to that compliment isn’t an excuse for why they are wrong, but a simple, “thank you.”

So, believe the compliments. If someone is going out of their way to tell you good job take it at face value. It’s something I’m working on changing.

As a creative, impostor syndrome will try to convince you that you should just quit.

But don’t give in!

If you want to accomplish big things and continue to develop your creativity, you have to keep going.

One of my favorite quotes is from Ruth Soukup on her Do It Scared Podcast. She says something along the lines of, “The only difference between the people who succeed and the people who fail is that the successful ones didn’t give up.”

Impostor Syndrome will make you feel like quitting, but you will never see the success you’re dreaming of if you give in to that feeling. So, commit to keep going even when that voice in your head starts to make you question if you can.

Step Out in Fear

Lastly, sometimes the only way I can shake impostor syndrome is to just directly defy it and step out even though I’m scared.

Impostor syndrome makes me want to hide my creativity for fear that others will judge my work as unworthy. And sometimes that fear is really big and I just can’t seem get around it.

If I have a completed piece of work that impostor syndrome is trying to keep me from putting out into the world, sometimes I just make myself share it anyways. This usually involves lots of deep breaths, a post on social media sharing my work and then stepping away from my computer and phone for a few hours.

Impostor Syndrome as a Creative

Self doubt is common among creatives, especially in when you’re just starting out. Sometimes that self doubt can grow into impostor syndrome, but your creative journey doesn’t have to end there. The 8 techniques I wrote about have helped me time and time again to push through impostor syndrome and continue on in my creative pursuits. They can help you, too!

So, keep pushing through self doubt and fear and keep creating. You can totally do it.

I love chatting with you! But to reduce spam the comments section is only left open for 2 weeks after a post is published. After 2 weeks the comments are closed. If you have question feel free to reach out to me at [email protected] and I will get back to you as soon as possible. 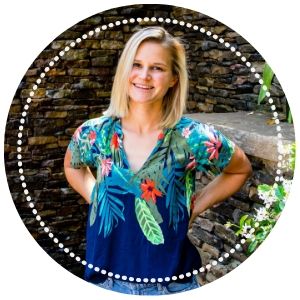 Hi, I’m Emilee. I’m a woodworker, crafter and world class figure-outer. Mama Needs a Project is where I share all of my DIY adventures. I believe down to my core that working with your hands to physically create something will change your life! I hope browsing Mama Needs a Project will leave you inspired and fired up to tackle your next DIY project. 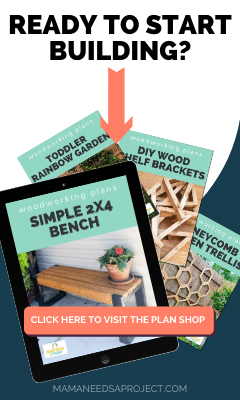 Mama Needs a Project, LLC is not liable in any way for injury or loss (whether physical, emotional, monetary or any other kind of loss) resulting from any inspiration, ideas, directions or information gained from this website. Readers agree to use this website at their own risk.